Garden snails are the fastest species and they can move about 55 yards per hour. While they don’t move fast, they do move at a very steady pace. They are believed to be one of the slowest creatures though on the entire Earth.

If you watch their movements they take on strange routes. For example instead of moving in a straight line they will complete a circle pattern. It is this type of behavior that has given them a stereotype as not being very intelligent. It isn’t really known why they do this though. 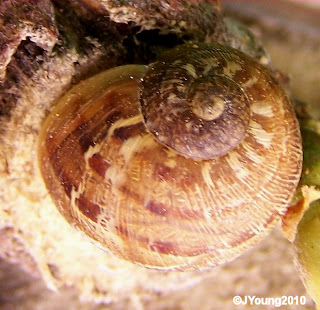 They have the reproductive organs of both males and females which categorizes them as hermaphrodites. However, the myth that they can create offspring on their own is false. They must mate with another and then both of them will have the ability to lay eggs.

Snails don’t see very well so they have to rely upon their good sense of smell to help them find their prey. They also aren’t able to hear. 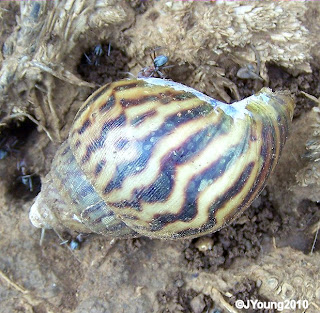 They are nocturnal animals which means most of their movements take place at night.
Snails range in size from 30 centimeters to 15 inches in length.
Snails don’t like the brightness of sunlight which is why you will find them out more on cloudy days. If you keep one in an aquarium you want to make sure that too much sunlight doesn’t filter into the room. This can cause the snail to stop eating and to spend most of its time inside of the shell. 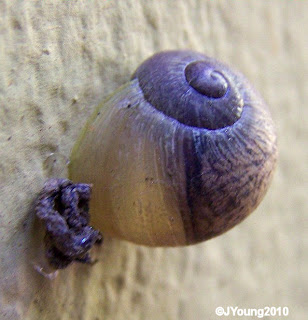 Snails will die if they consume either salt or sugar. Make sure you don’t offer these types of items to them when you see them or when you have one in captivity because their bodies can’t process these items.
The Giant African Land Snail is known to eat more than 500 different types of plants.
Snails are very strong and can lift up to 10 times their own body weight in a vertical position. 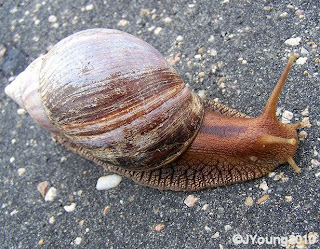 It is believed that there are at least 200,000 species of mollusks out there including snails. Many of them haven’t been found and classified yet.
Snail Gel contains secretions from the snail Helix Aspersa Muller. Snail handlers noticed how quickly minor cuts healed without infections or scars, as well as the unusual softness of their hands. In this secretion is allantion that helps regenerate the snail's shell and skin when it is injured and it does the same thing for human skin.
Snail Gel is the best solution for adult and teen acne(pimples, zits, blackheads), acne scars, age spots, Rosacea, razor burn and skin irritations. People with sensitive skin, fine lines, wrinkles, and uneven skin tones have had excellent results using Snail Gel to leave skin soft healthy and soothed. 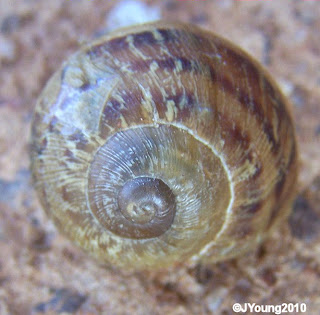 Interesting post, just learnt a few things I did not know. We have plenty of snails here, but not sure where they keep coming from, as of course they are a delicacy in France. Diane

Wow, Joan, I almost missed this post! I'm behind on my blog visits (due to holidaying in "cool" South Africa) and trying to catch up now that I'm back in Khartoum. I simply LOVE snails. When the garden variety come out onto the patio after a rain, I make all vehicles wait while I pick each and every one up and carry them to safety. No snail, in fact nothing, gets poisoned in my garden. Have a wonderful weekend.

I really like the idea of using snail gel to get rid of wrinkles. Hope this doesn't get out to too many people or everyone will want to have pet snails.

well joan another interesting post.I had all those wonderfull teenage spots, can you imagine going to school with all that whits saliva on the face. Now what you been up to boy, the rest of the day would be taken up putting it on the backside after the strap. Snail juice indeed,

Since snails don't like bright sunlight, I guess that's why I never see them in the desert. I used to enjoy watching them in my garden in California. But, as much as I like snails, I think I would rather have wrinkles on my face than Snail Gel. :D

Anoter great post on snails!
You know, Joan, I keep some water snails from South Africa in my tanks, they are called Neritina Natalensis and they somehow look like the one on the second pic.

blog with no name said...

What interesting info Joan..I will have to see if I can find any on a cloudy day..I wanted to let you know that the photo of the flying squirrel was not taken by me..Michelle

Do you eat them too Diane? I know how popular Escargot are here too but I would not touch them. :) Well not to eat anyway. :)

I thought you were back here permanently Jo? I'll bet you are missing those lovely grandchildren?

What a lovely story. I am sure everyone thinks you are crazy. LOL!! In Kruger after the rains there are millions of them and millipedes on the roads after the rains and I ride to avoid them too, so people think I am just as mad!! :)

I hear about these properties a long time ago and like most beauty products. wonder if it actually works Gaelyn? I always have my doubts. If they did, no one would have wrinkles? :)

I have to agree with you Diane, the idea of putting something like that on my face is creepy. LOL!!

WOW Diane (France)!! How wonderful of you!! I am speechless. Thank you. I was not even aware of the competition.

Thanks Jose. It is very possible that the ones you have are the same as they are water snails. The picture is of a dry one I found on the bank so that might account for the colour difference.

Well speak for yourself Mike, what about me? It sure will have no problem getting passed me. LOL!! LOL!!

Thanks Michelle. I know we all hate the snails in our gardens, but like most things in nature, there is always the good side of it. :)

I sort of gathered that was not your pic but it is a stunning one anyway!!

Well, finally, at last, something I might be able to beat in a race!

LOL!! Me too TB, then I put strong emphasis on the MIGHT. :)

I have never heard of Snail Gel, but sure sounds like a wonderful thing to have around. Great photos and such good info as usual. I didn't realize they went in circles.

Hi Joan!
You have some wonderful species of snail in your area. Enjoyed reading the fun facts about the snails.

Prey, Joan?! The snail has prey? It is hard to think of the snail as a predator.

You are welcome Mary. I found them to be quite interesting once I learnt more about them. Going to have to get me some of that Gel. :)

Thanks Birdy. It is surely a species we see and cringe at but never stop to take pictures of. Some of these are so small, barely 1/2 an inch.

I'm trying to keep up. This summer has been so busy, and now we have lots of wood to process.
Interesting facts about snails, and I didn't know about snail gel.
Interesting about them not liking sunlight. I have seen so many on the underside of leaves and didn't know why..
B.

I agree Craver but in the world of nature, it is the survival of the fittest.

I guess your work must be heading towards and end now with summer nearly over Becky then you can rest for a few months again.

Some of these things I did not know either so it was an interesting bit of research.

A human kind of human said...

I love snails..... especially with a little garlik butter and fresh brown bread! When we lived in Saldanha, many years ago, snails were a real nuisance and we used to spread "minced" sea bamboo all along our fences to keep them out. Now I realise that it was the salt in the "mince" that kept them out and not the bamboo itself.

LOL!! Live and learn hey Anna. :) At least it worked to keep them out. I have never eaten one and dont know if I want to. I do like garlic though but think there might be other things to put it on like a great steak. :)

I always liked snails. Couple of weeks ago, Matthew started to ask questions, and his first was asking what the shell was with the snail. And the other day he found one on the ground, and making him disappear and appear, lol. I will miss those days, but hey its all part of life. Thanks again for sharing your snail post, it reminded me few nice things. Anna :)

LOL!! It sounds like he was having fun Anna. Children have such curious minds sometimes and that would be rather funny to him. :)