Elephants not only use their trunks for eating, smelling and drinking, but also touching each other, especially when young. This re-enforces the bond between the animals of the herd 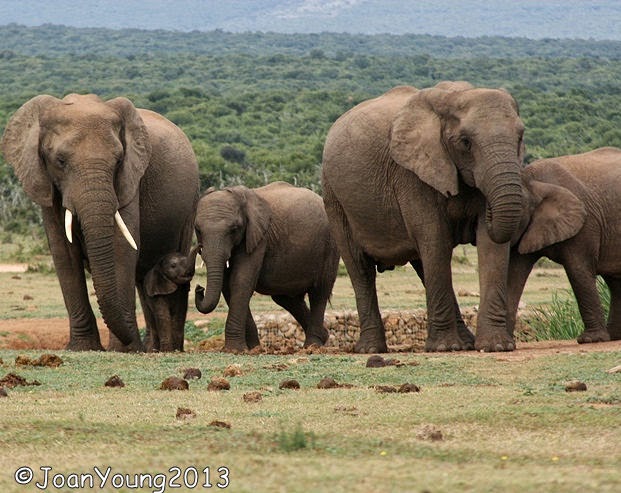 This baby is only about 18 months old. 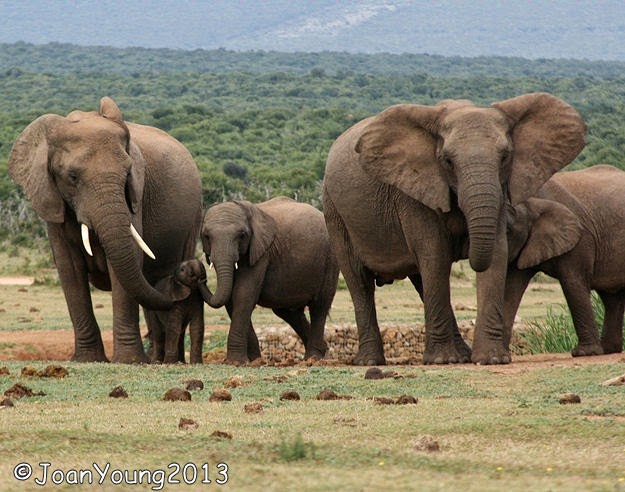 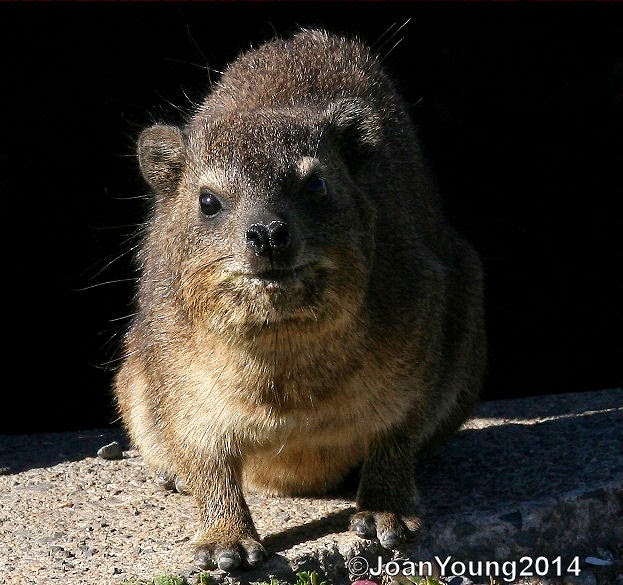 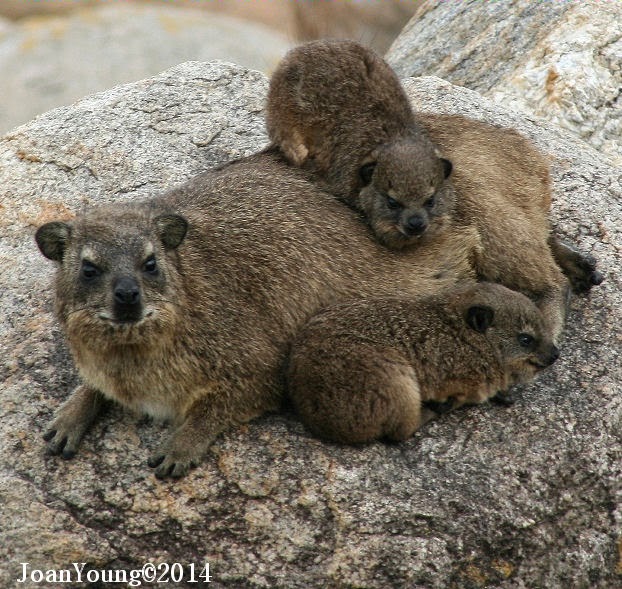 They eat a varied species of plants and grass and are able to go for many days without water due to the moisture they obtain through their food. 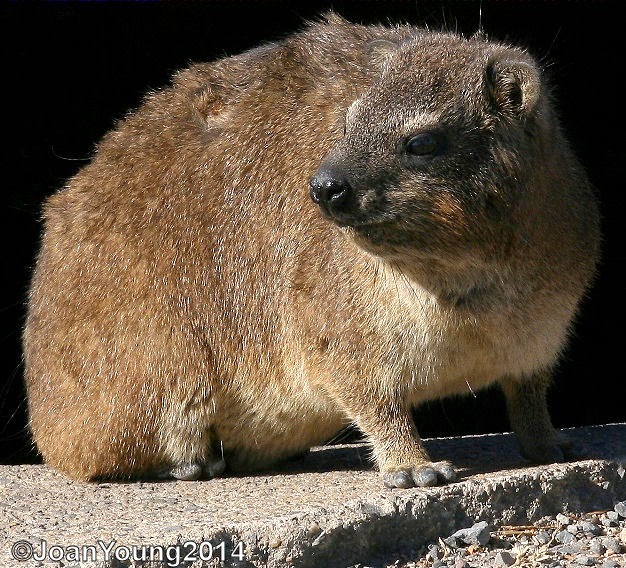 Hyraxes live in colonies of up to 30 individuals. These colonies are subdivided into smaller groups consisting of a few families. These consist of 3 to 15 related adult females, a dominant male, and several young. The dominant male defends and watches over the group. The male also marks its territory 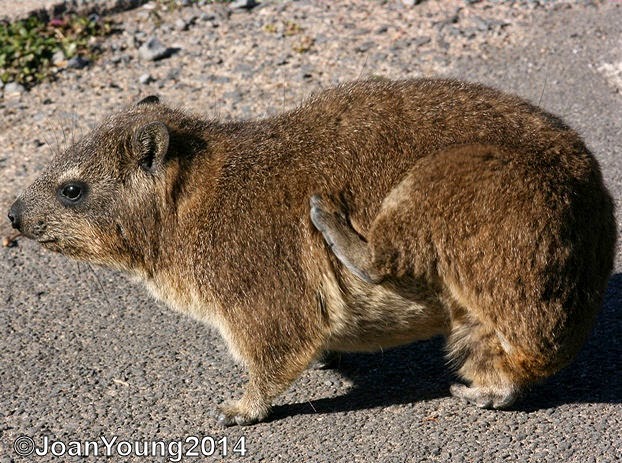 They give birth to two or three young after a gestation period of 6–7 months. The young are well developed at birth with fully opened eyes. Babies can ingest solid food after two weeks and are weaned at ten weeks. 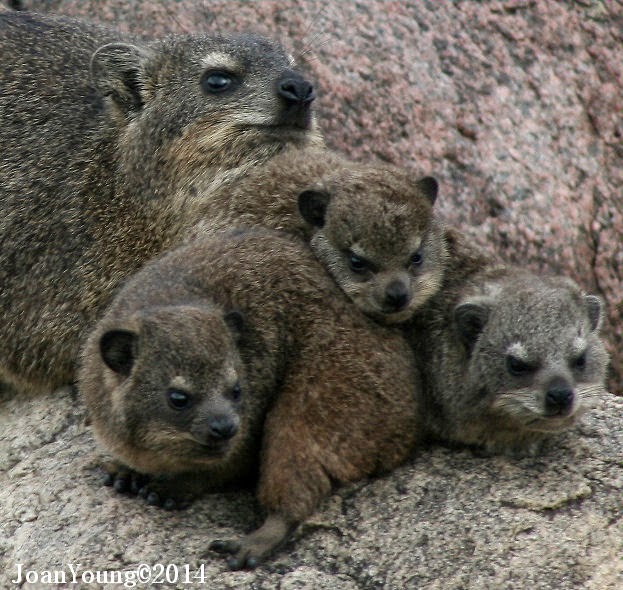 They live on and amongst rocks and can be found in most habitats. They come out early in the mornings to absorb the first rays of the sun 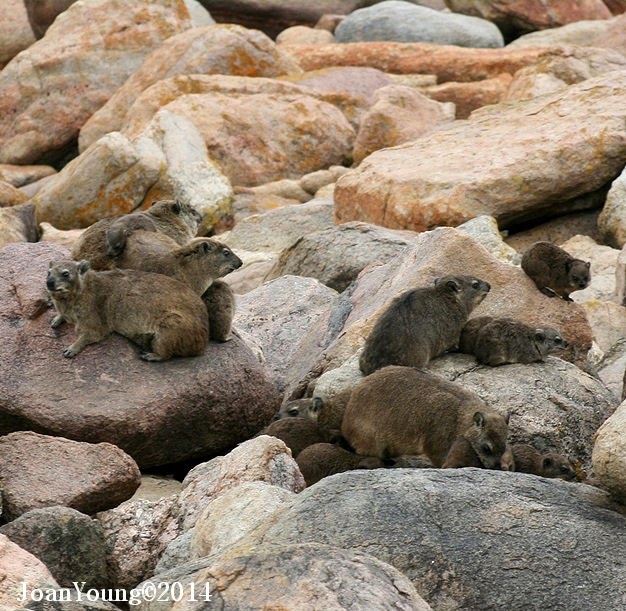