I have put the ferns in just to add contrasting color. 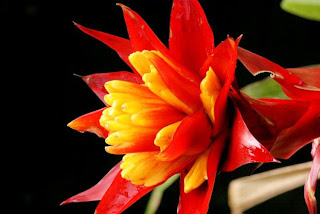 The greatest number of primitive species reside in the Andean highlands of South America suggesting a beginning there. The west African species Pitcairnia feliciana is the only bromeliad not endemic to the Americas, and is thought to have reached Africa via long-distance dispersal approximately 12 million years ago. 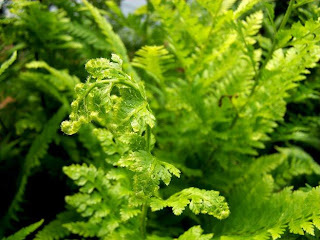 Humans have been using bromeliads for thousands of years. The Incas, Aztecs, Maya and others used them extensively for food, protection, fiber and ceremony, just as they are still used today. 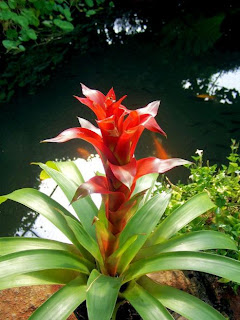 European interest began when Spanish conquistadors returned with pineapple, which became so popular as an exotic food that the image of the pineapple was quickly adapted into European art and sculpture. In 1776, the species Guzmania lingulata was introduced to Europe, causing a sensation among gardeners unfamiliar to such a plant. 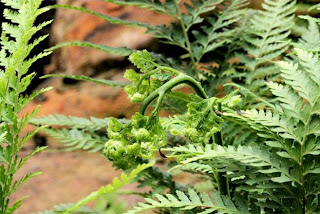 In 1828, Aechmea fasciata was brought to Europe, followed by Vriesea splendens in 1840. These transplants were successful enough that they are still among the most widely grown bromeliad varieties. 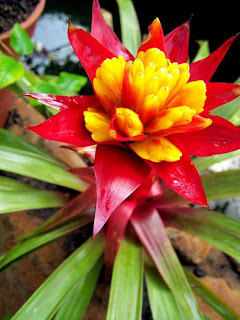