There are literally thousands of different kinds of fungi. Two hundred thousand species have been identified world wide and there are likely to be well over a million species. 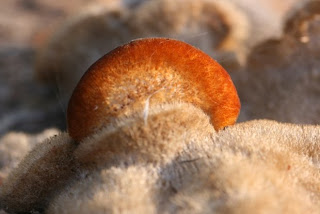 The fruiting bodies of fungi are therefore cleverly engineered to provide space for the production of enormous numbers of spores, without having to produce an enormous fruiting body to accommodate them all. Different types of fungi have accomplished this in different ways. 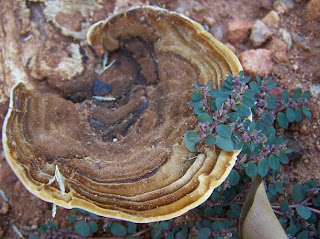 Fungi is a group of simple plants that have no chlorophyll. There are some species of fungi that are single celled organisms, and there are other kinds of fungi that are multi-cellular organisms. Fungi are made up of filaments called hyphe that are stacked together from end to end. Some kinds of fungi live on land and other types of fungi live in water environments. Since fungi has no chlorophyll, it can not make its own food. Some types of fungi lives off of other organisms and are parasites, but other fungi species feed off of dead and decaying matter. A third kind of fungi lives with other organisms and neither the fungi or the organism is hurt. This kind of relationship is called positive symbiosis. 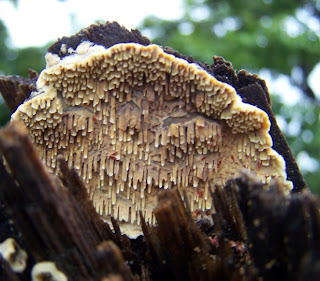 Fungi are important decomposers of dead animal and plant matter. They break down dead organic matter into simple compounds that can be absorbed by the plants around it. During the process of decomposing matter, fungi returns carbon dioxide to the atmosphere. Green plants use the carbon dioxide during photosynthesis to produce food. 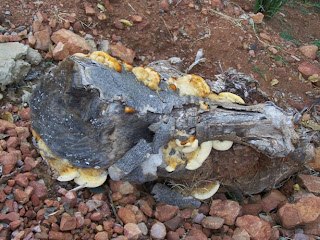 Oxygen is released into the atmosphere during the process of photosynthesis, so animal and human life depends on the fungi for survival. Plants also benefit from fungi because some fungi settle around the roots of plants. As the fungus decomposes dead matter around the roots of the plant, it leaves behind nutrients that the plant needs. Some fungi, like mushrooms, are used as ingredients in recipes. They add flavor to meals. 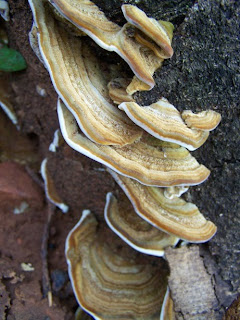 Posted by SAPhotographs (Joan) at 6:21 PM