Home away from home - Part 4

Owls are calling and I decide that it is too early to sleep, grabbing the torch, I go for a walk around the camp to see if there is anything interesting about. This is a great time for finding owls, spiders and bushbaby’s. All of these have eyes which reflect in the light and so are easily spotted. I hear the screeching of an owl and head in that directing. He is close but I cannot find him instead I see a quick glow of eyes as something jumps from one tree to another. A bushbaby! They are so quick. He has found some loose bark and is busily digging around trying to find grubs or any other creepy crawlies to make a snack of. I am too close for his comfort and like a shot, he is gone. I am close to the fence and I see movement in the moonlight. What can it be! Another movement. Lioness…she is moving quietly and disappears almost as soon as she is seen. They are hunting and I am sure tomorrow there will be a kill around here somewhere. I continue but so not see much else of interest and head back to bed. 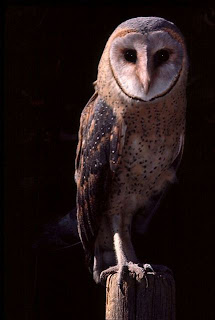 4:00 am To the showers, coffee and rusks and I am at the gate waiting to be let out like a flock of sheep. I heard the lions during the night, with a lot of agitated barking of zebra, I wonder if they managed to bring something down. It is still fairly dark and once out the gate I spot impala, blue wildebeest and zebra grazing. I head for the river road. A beautiful herd of kudu are grazing a little distance off the road. The males are extremely graceful with their very long spiral horns which the use to bring down branches close enough to feed on. When they are in flight, they will lay them along their backs in order not to get them entangled in the trees. They are fascinating to watch whilst feeding. They will browse on a bush for a time and then suddenly jerk away and go on to the next bush. All trees and bushes when damaged start to put out a lot of tannin, and it is this bitter taste which makes them go on to the next bush.

I am driving slowly as usual, while other cars zip passed. I am looking for predators so early in the morning. There are baboons and monkeys, I see a hyaena and many birds. The road twists and turns along the river. I stop at a lookout point and decided that this is a good place for coffee but first scan the area with my binoculars. There, lying on the lower branch of a tree across the small river is a leopard. Without the binoculars, he would never be seen as he is partly shaded and is lying very still. Coffee is forgotten. I wonder how many people have passed and stopped here without spotting him. Another car pulls in and is gone. He continues to sleep until the next car comes, then jumps down and is gone. I sip my coffee and watch if I will see him reappear in the bushes near the tree but nothing. Female leopards have been known to kill their young in times of drought. This ensures that she survives and can have more little ones at a later stage. If already pregnant, she can actually stop the progress of the fetus until things are better and food is available again. Both males and females are loners, but a female is sometimes accompanied by her cub which stays with her for about two years. 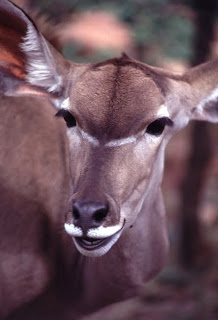 Herds of animals are along the river bank, there are crocs and hippo in the water. Waterbuck feed in the shallows. They love the water and are never far away from it. If they are chased by predators, they dash into the water as they know that the cats will not follow them in. Although they are scared of predators, lions will not kill a waterbuck. When they get a fright, the adrenalin causes a very bitter substance to be pumped into their blood and this makes them inedible. I see a beautiful pygmy kingfisher, they are tiny and can almost fit into ones hand. There are Spoonbills walking along turning their heads from one side to another while their spoon shaped bills gather food. Saddlebills stand for a long time in one spot in order to find fish or frogs, and a Hammerkop is collecting mud to fix his nest. This is always a good place to stop but not good for photography as most of the animals are on the other side bank and too far away for descent pictures. Time to move on before it gets too hot. There are a few cars parked up the road and I make a dash to see what they have found. Cheetahs! They are lying on a small hill of sand, probably dug up by antbears when they made their burrow. There are three of them. I think they are males. Excellent photo opportunity and I get a roll of film shot. They are very fast animals and are built for speed with their slim shape. The San people have a lovely story on why they are the only one of the cat family to have non-retractable claws. In the beginning of time the cheetah and the wildebeest had a race. The cheetah knew that he was not fast enough and went to the wilddog and asked to borrow his feet as the claws would help him win. The race started and the wildebeest was in front but cheetah was catching up and going past. Then wildebeest fell and broke his leg. Instead of going on to win, cheetah stopped to help wildebeest and because of his kindness, the gods let him keep the claws. 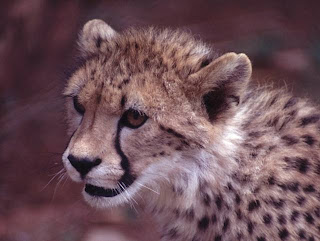